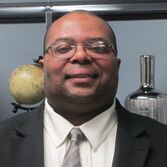 Rev. Patrick Ian Jackson, known to his parishioners here at The Church on
Northland as “Pastor Patrick,” was born and raised just outside of Bartlett, Tennessee, a small town located northeast of Memphis. Growing up in Tennessee has given him an appreciation for many things, including real barbecue, SEC
college football and vibrant, spirit-filled worship. Earlier in his career, Pastor Patrick spent seven years working as a Legislative Assistant on Capitol Hill in Washington, D.C. and nearly six years as an attorney in Columbus. Before
accepting the call to Pastor The Church on Northland, he served for two years as Pastoral Resident in Virginia at Richmond’s First Baptist Church. Pastor Patrick received a B.A. in 1992 from Harvard, where he majored in Government, and his J.D. in 2001 from the University of Wisconsin Law School.

Pastor Patrick likes to say that his call to ministry involved a “still small voice that got louder and louder over time.”

After several years as an attorney in Columbus, Ohio, he returned to Washington, D.C. to work as a Legislative Assistant to U.S. Senator Sherrod Brown. While in Washington, Pastor Patrick married the former Rev. Dr. Yvette Hensley of Columbus, Ohio. As he and Yvette began attending Grace Church (Dumfries, VA) regularly, he began to wonder whether God was calling him to vocational ministry.  At Grace Pastor Patrick served as a faithful member of the praise and worship team, began leading a small group Bible study, and studied the Bible more intensely. He and Yvette also served as Grace Care Group Leaders, with responsibility for ensuring that their assigned families stayed connected to the
church. It was through these experiences that God continued to prepare his heart for vocational ministry. During that time, Pastor Patrick was led to apply to the Spiritual Mentoring Program led by U.S. Senate Chaplain Barry Black. Pastor Patrick recounts, “One day after the regular weekly Bible study, Chaplain Black asked me if I ever thought about going to seminary.” His response was, “I honestly said ‘no,’ but the question stirred something in me, something I believe had been percolating for some time.”  Returning to Columbus in 2011, Pastor Patrick and Yvette joined First Church of God, as a couple (where Patrick had served as a single man years earlier) and he once again poured himself into the church’s music ministry. Regarding his return to Columbus, Pastor Patrick would say that “It felt different. I began to sense God’s tug on my heart for preaching and pastoring get stronger. I felt it so strongly that after much prayer and seeking wise counsel, I accepted God’s call, applied to seminary and matriculated at Andover Newton Theological School in August 2013.”

Pastor Patrick earned his M.Div. in 2017 from Andover Newton Theological School, where he graduated with honors. During his time at Andover Newton, he was inducted into the school’s Jonathan Edwards Honor Society; received the 2017 Massachusetts Bible Society Award for Excellence in Liturgical Reading of the Scriptures; and spent two years as a seminarian at The Memorial Church at Harvard University.

​Pastor Patrick’s passions include the Bible, music, writing, travel and encouraging others to find humor in life. He and Yvette’s blended family is blessed with one daughter, McKenna S. Hensley. Pastor Patrick’s ultimate desire is to use his God-given gifts in a creative way to reach people with the gospel of Jesus Christ.

Dina is our office manager.  She grew up in Cedar Rapids and attended Coe College earning a degree in Art and Design.

Dina has a passion for serving the Lord in many different areas and is blessed to have the opportunity to serve and work in the church she grew up in.

In addition to working at the church, Dina freelances as a photographer and graphic designer.  She serves with the Mission and Outreach Ministry, is a volunteer Youth Leader and on the planning team for the Region Youth Event held each November.  She also serves as the Young Women's Coordinator for the Mid-American Baptist Women.

Dina loves kids and can often be found helping or planning something for the children and youth.  She enjoys music and volunteers with the worship team and in planning of special worship services.

In her spare time, Dina enjoys anything artistic, going to the movies and theater, traveling, watching the Iowa Hawkeyes play football (and is known to root for the Cyclones when they're not playing the Hawks), spending time with friends and family and reading a good book.